Following extensive fire tests, performed in strict compliance with the requirements and specifications of UNI11565 and ARGE Part II, verification of the efficient mode of action of the AQUASYS water mist system in rail vehicles has now been successfully completed. The tests, which were performed in Austria and Italy, enable the system to be used in areas of the train that are accessible to persons, as well as in technical areas of rail vehicles.

The cooperation with TÜV Süd Rail, as well as the Italian laboratory LS Fire and the independent institute RINA, led to extensive test scenarios for validating the functioning of the AQUASYS fire-fighting system for rail vehicles. The tests for passenger areas (saloon and compartments), along with the electrical and technical areas, marked a milestone in the continued development of the AQUASYS fire-fighting system. They demonstrated the high flexibility and efficiency of the system and ensured that the technology will be used for future projects in Italy. Following this approval, a new project has already been designed and installed, with acceptance of the new NEWAG WEb 36 in Bari imminent. 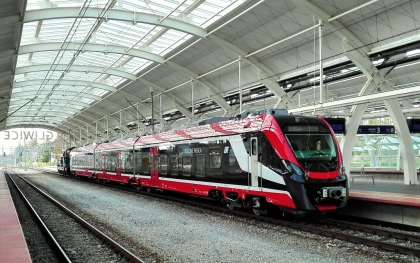